Have You Tried Dry January?

Have You Tried Dry January? 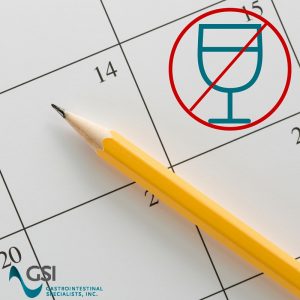 The New Year brings many resolutions regarding your health, like eating healthier or drinking more water, but have you considered giving up alcohol for the month of January? More and more through the years, people are turning the first month of the year into “Dry January” and the results are enough to make you want to put down that bottle of beer, at least for a month.

It’s no secret that drinking alcohol heavily can cause damage to your body, especially to your liver. But heavy consumption of alcohol can also cause diabetes and weight gain. Taking a break from alcohol can reverse these effects: with the absence of empty calories you’re drinking, you can lose weight, and studies have shown that cutting back on alcohol can decrease liver fat, a precursor to liver disease.

Giving up alcohol for the first month of the year can set the pace and tone for the next eleven months. Many people who participate in “Dry January” lose weight, get better sleep and even save some extra money. Taking a month off from alcohol can also be a big influence mentally as well. Alcoholism is a disease, and for those who have alcoholics in their family, you can see the damage it causes. Being dry during the month of January can be a great way to step back and see how it feels to be someone who can’t drink casually without it leading to bigger problems.

Researchers have found that taking a month off of drinking can also impact your drinking habits for the rest of the year. According to a study done by Health Psychology, those who merely attempted to stop drinking for a month reported a decrease in alcohol consumption over the following six months.

So you see, starting the year with “Dry January” can have an impact on more than your waistline. Whatever you decide, we challenge you to spend the rest of the month sober, your body will thank you for it!