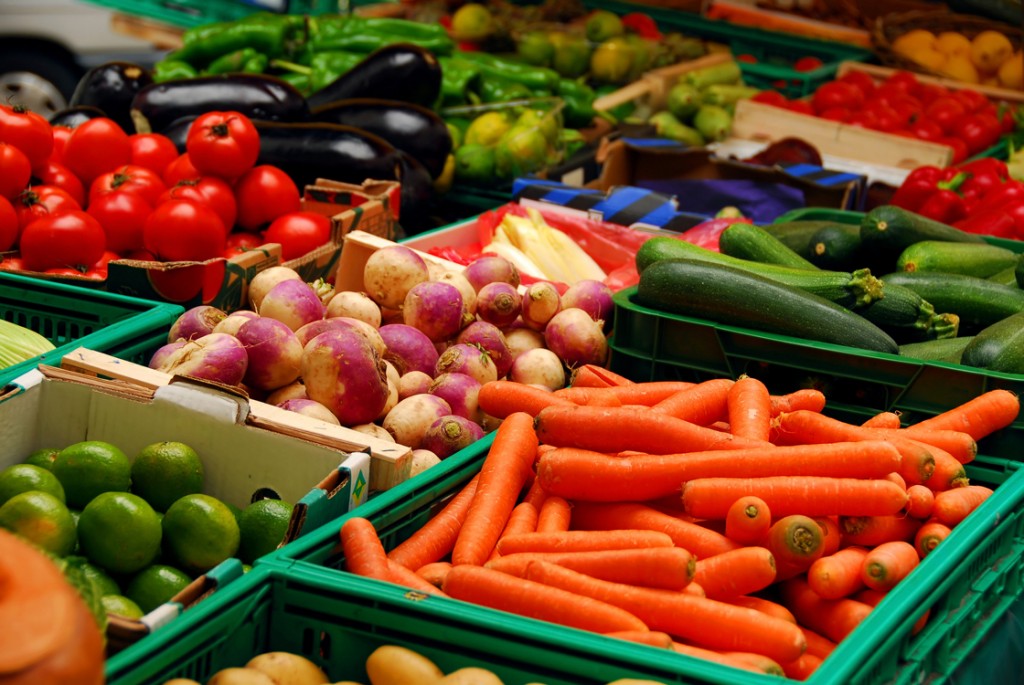 Beyond getting regular colonoscopies starting at age 50, what else can you do to prevent colorectal cancer? As it turns out, there are a number of factors we can control that may reduce the risk of colon cancer. The food we eat is among these controllable factors.

Certain foods have been linked to an increased risk of colorectal cancer, the third most commonly diagnosed cancer in the United States. On the other hand, several dietary factors and foods have also been shown to play a key role in the prevention of colorectal cancer. Though the best form of prevention is to get screened, adding these foods to your diet may help to lower your risk.

So what foods should you include in your diet to prevent colorectal cancer? Here’s a list of 10 foods that may help to combat the disease:

Ginger has had a long-standing reputation of easing gastrointestinal discomfort. Its effects on the digestive tract have recently been supported by scientific research that shows ginger has important therapeutic properties that include antioxidant and anti-inflammatory effects. Chronic inflammation in the gut has been linked to colorectal cancer, easing this inflammation may help to reduce the risk of the disease.

According to the National Cancer Institute Fact Sheet on Garlic and Cancer Prevention, studies suggest that garlic consumption may reduce the risk of developing several types of cancer, especially cancers of the gastrointestinal tract. Garlic’s antibacterial properties and ability to block the production of cancer-causing substances are among the beneficial health effects this food has to offer.

The red pigment color of beets is from a group of phyotonutrients known as betalains, antioxidant, anti-inflammatory, and detoxifying agents. Beet betalains provide cancer prevention benefits, especially against colorectal cancer. Additionally, the fiber found in beetroots reduces the time the stool spends in the intestines, thereby limiting the colon’s exposure to potential carcinogens.

Red peppers are a great source of N-acetylcysteine (NAC), a natural compound that has been found to have anti-cancer properties. A preliminarystudy with 62 participants, each of whom had had a colon polyp removed, found that those invididuals who were given 800 mg NAC daily had more normal cells in the biopsied rectum tissue than those in the placebo group.

Blueberries have already been called a super food for their ability to protect against memory loss and heart disease but research shows that this fruit may also help halt the development of colon cancer.  The compound pterostilbene that is found abundantly in blueberries is an antioxidant and anti-inflammatory agent that may help prevent colon cancer.

Because of its high fiber content, brown rice is a colorectal cancer fighting food. In fact, one study showed that people who ate brown rice at least once a week reduced their risk of colon polyps by 40 percent.

This powerful protein source is packed with omega-3 fatty acids, which may provide protection against colon cancer and prevent worsening of the disease. Additionally, salmon is also high in calcium, a mineral that has been shown to decrease the risk of developing colorectal cancer.

Due to the numerous gastrointestinal benefits it provides, okra is an amazing food for maintaining a healthy colon. The fiber found in okra reduces the time the stool spends in the intestines, thus limiting the colon’s exposure to potential carcinogens, and promotes the production of healthy bacteria in the intestines.

Spinach is not only rich in lutein and zeaxanthin, two carotenoids that have been shown to remove free radicals from your body, but it has high fiber and folate levels too. Folate helps your body to produce new cells and repair DNA, while fiber aids in digestion and gastrointestinal health.

Broccoli is a great source of carotenoids, vitamin C and indoles, natural compounds that are believed to inhibit cell proliferation of colon cancer cells. Further, broccoli is also one of the best dairy-free sources of calcium, making it a beneficial addition to any diet.

Rich in beta-carotene, vitamins C and E, and pantothenic acid, sweet potatoes are considered a super food in colon cancer prevention. High intake of these nutrients increases movement of your bowels, reducing your colon’s exposure to potentially harmful toxins. In addition, sweet potatoes contain a significant amount of phytosterols, which is another key defense among colon cancer.

Now that you have an idea of some of the foods that may help lower your risk of colorectal cancer, learn more about the effects of what we eat, drink and inhale by registering for Dr. Andy Thanjan’s talk at Richmond First Baptist Church on October 30th at 6:00 pm. During this talk Dr. Thanjan will explore the further gastrointestinal effects of the substances we consume.