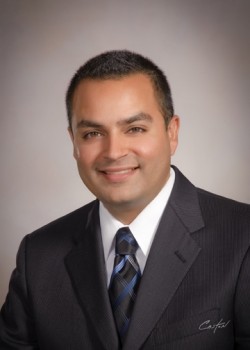 Dr. Talreja is originally from Virginia Beach, VA. In 2002, he completed a Bachelor of Arts with distinction in Biology at the University of Virginia. In 2006, he attained his Doctor of Medicine at the Medical College of Virginia/VCU School of Medicine. He then went on to complete his Internship, Internal Medicine Residency, and Gastroenterology Fellowship at the University of Virginia. During his fellowship, he was selected as the 2010 Department of Medicine Fellow of the Year. In 2011, he was the recipient of the UVA McPherson Award for Excellence in Clinical Research and he was the international recipient of the Yang K. Chen Fellowship Program. He was selected as the 2011-2012 Chief Fellow and was the recipient of the Carl L. Berg Most Valuable Player Award in 2012.

Following his training at UVA, he was selected for an Advanced Endoscopy Fellowship at Harvard Medical School, which he completed in June 2013. During this fellowship, he trained under multiple internationally recognized experts in the field at Massachusetts General Hospital and Brigham & Women’s Hospital, including Christopher Thompson, MD (BWH) and William Brugge, MD (MGH). He gained expertise in ERCP, endoscopic ultrasound, endoluminal stenting, radiofrequency ablation and cryotherapy for Barrett’s esophagus, endoscopic mucosal resection, single balloon enteroscopy, endoscopic suturing, bariatric endoscopy and treatment of post-operative leaks and fistulae.

Since starting at GSI, Dr. Talreja was selected as the 2014 co-director and subsequently the 2015 director of the American College of Gastroenterology’s regional continuing medical education course held in Williamsburg. In 2017, he was selected as a Fellow of the American College of Gastroenterology. Dr. Talreja is a member of the American Society for Gastrointestinal Endoscopy and the American Gastroenterological Association.In his free time, Dr. Talreja enjoys spending time with his wife and son, reading, basketball, soccer, and visual arts. He and his wife are actively involved in the Richmond based non-profit organization HCB2 – Hitting Cancer Below the Belt, which helps promote awareness for colon cancer screening. Dr. Talreja has participated in multiple colonoscopy day events, where he has voluntarily performed colonoscopies for the underserved population. He and his wife are also actively involved in the annual Wine, Women and Shoes event, which helps promote awareness and raise money for the Forensic Nursing clinic at St Mary’s Hospital.