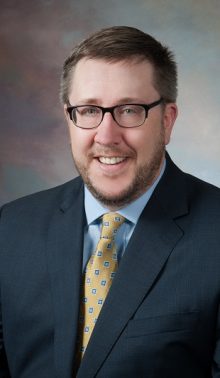 Tim Hartzler started working with GSI at our Wadsworth office location in January 2018. He previously worked as a hospitalist nurse practitioner at an academic medical center.  He received his bachelor’s degree from the University of Virginia in 2012 and his masters from Virginia Commonwealth University in 2016.  Tim’s bedside nursing experience includes inpatient physical rehabilitation, medical/surgical and intensive care.

Originally from Indiana, Tim moved to the Commonwealth of Virginia in 2002. In his spare time he enjoys playing guitar, watching UVA sports with his wife, Kimberly, and going on walks with his dog, Yoshi.